Sometimes life sucks, and circumstances suck, but that’s life. There’s nothing else you can say or do about it.  I, of all people, think I know that best. When life gives you lemons, make lemonade. Sigh.

In 1997, there was an awful car accident between a Jeep Cherokee and another car driven by a young guy, speeding around a corner. The young girl in the Jeep was driving a friend home after a cheerleading performance. The car accident happened on the first Saturday morning after the new school year had started.

I’m the 16-year-old girl in the Jeep, the young traumatic brain injury survivor. The accident put me in a comatose state from which I woke up 2½ months later, right before Thanksgiving.

I turned my car left, past a lane of oncoming traffic when another car came around the corner and didn’t see me in time. I was told the 19-year-old driver slammed into the driver’s side and flipped my Jeep over. I had to be cut from the car by the “jaws of life.”  However, I don’t remember because I was unconscious upon impact. It was only 10:30 in the morning, but I do remember some things that already happened that day. I remember that the grass was wet with the early morning dew, and the girls who were on the top for the stunts had to have the bottoms of their shoes towel dried, and then be carried around by other cheerleaders. When my friend asked for a ride home, I remembered saying that I wasn’t allowed to drive with other people in the car yet.  I changed my mind, and almost insisted on driving her home; I was still excited I could drive, and wanted to show her that I can. I remember putting on my seatbelt.
After
being in the ICU for nearly a month, I was transported to Kluge’s Children’s Rehabilitation Center in Charlottesville, Virginia. My parents did not know what to think—the doctors and specialists were telling them everything from: I’d never wake up, if I did, I’d be in a vegetative state, to I’d be totally fine. No one knows what to say with a brain injury because the brain is so complex.

Even though life continued for all of my classmates, they hadn’t forgotten me. All my friends were at Fairfax Hospital when I was in the ICU, and a lot of my friends came to visit me in the rehab hospital in Charlottesville. This included friends from my cheerleading all-star squad, the boys that were on the baseball team at my high school and my closest friend who was the maid of honor at my wedding 10 years later, so my hospital room was the place to be on the weekends. Just kidding, but I did get a lot of visitors. My hospital room was covered with cards and stuffed animals, plus both of my cheerleading squads made me get-well banners. 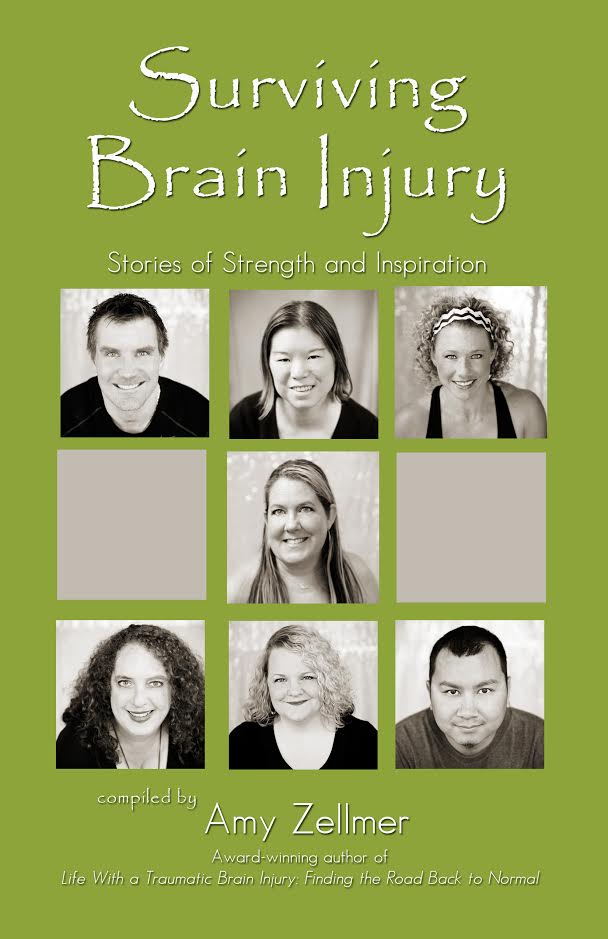 Please help us by writing a positive review.
#survivingbraininjury

A young professional Longwood University alum, with a traumatic brain injury having previously worked in the Therapeutic Recreation field with the elderly at nursing homes in Fairfax, VA. Now as a TBI advocate, trying to help others learn more about TBIs is involved in support groups, as well as very involved in my church, child care, and adult caregiving.
View all posts by Danielle! →
This entry was posted in inner reflection. Bookmark the permalink.